Home  /  Culture   /  Massignano, a beauty just steps from the sea 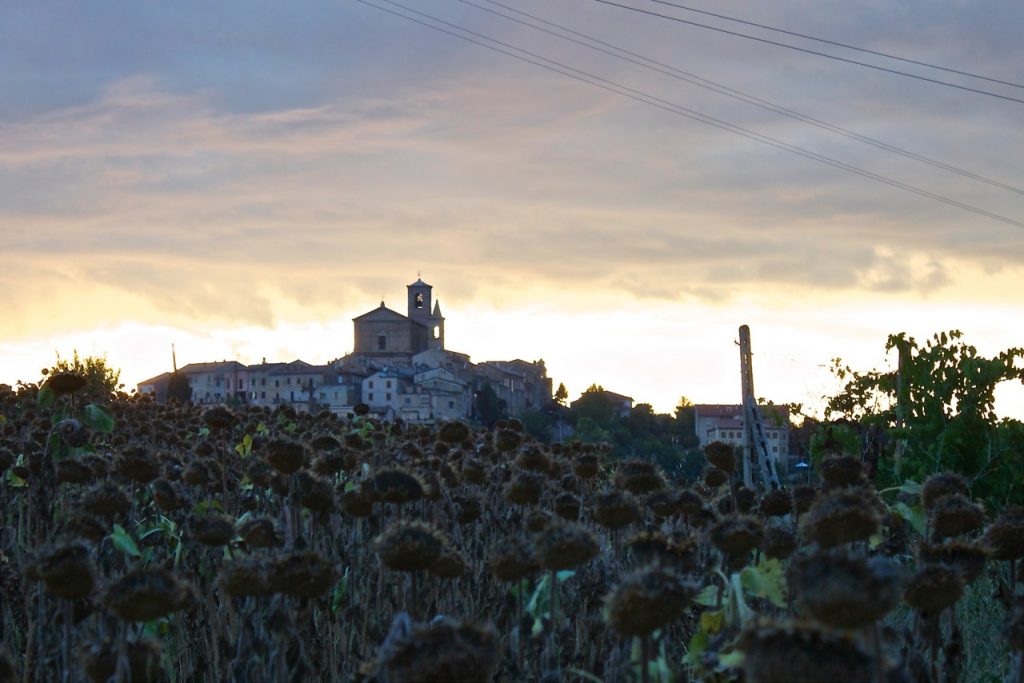 A pearl of tourism in the Marche yet to be discovered

Massignano is a small town of 1,684 inhabitants in the province of Ascoli Piceno, at 264 meters high on a hill overlooking the sandy beaches, yet to be discovered. 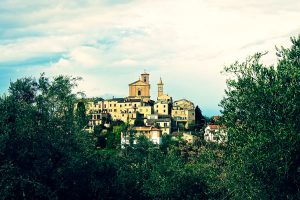 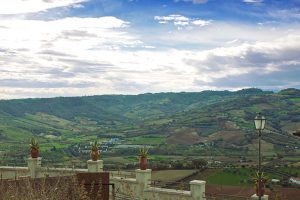 Massignano whose name brings us back to Roman times and the possessions of a certain Massinius, stands on a hill between the river Aso and Valmenocchia, between Montefiore dell’Aso and the Adriatic coast. 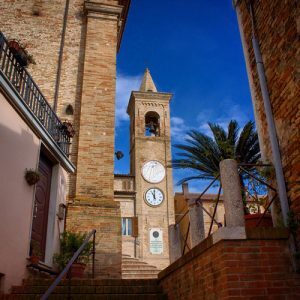 This secret pearl of Le Marche was, in the past, the village of the terracotta production. Known as the “Paese de li Cuccià” (Potters Village in local dialect), Massignano home the Terracotta Museum divided into two interesting sections for families: the “Domestic Use” and the “Whistles and Tobacco Pipes”.

The other Museum in Massignano is a Museum of Sacred Art, the Museo Parrocchiale San Giacomo realized thanks to a bequest of  the most illustrious historical figure: Callisto Monsignor Giuseppe Gentili, State Councillor of Joseph II (Emperor of the Holy Roman Empire from 1765), the apostolic nuncio (sort of Ambassador of the Pope) in Austria, agent in Rome of the Bishop of Mainz. A talented diplomat always around the world who never forgot the land of his parents to which he felt to belong. You can admire precious goldsmith’s works, various paintings, chalices, ciborium and other rare and prestigious objects. Among the objects worthy of note: a Piviale embroidered in polychrome silk realized from a blanket manufactured in Hungary, a silver monstrance made by Raffaele Antonelli in 1791, embossed and engraved with ornate in pinchbeck; a Penitential, Processional Cross in wood and mother of pearl of 1796, signed by Fra ‘Francesco Maria di Massignano.

In the Church of San Giacomo Maggiore are exposed the Bell from 1235 that, according to tradition, rang autonomously the night of the translation of the Holy House; the table of the Virgin Adoring the Child by Vittore Crivelli, significant in the history of art, for the particular depiction; a Miraculous crucifix in tunicle, “The Adoration of the Shepherds” by Ricci.

An outer section of the Museum is dedicated to the production of crib figures of folk pottery. The potters from Massignano the early twentieth century did not use molds that’s  why the crib figures in the museum are very expressive and with the faces of the locals. Unique and rare pieces that worth a visit of families with kids.

In the main square it stood a Augustinian convent, today remains the tower, then adapted as Civic Tower. The Tower preserves a fresco, ” Madonna and Saints “, dated to the second quarter of 1400 and attributed to a generical Le Marche School. It is a Madonna and Child, St. John the Baptist and St. Donato. 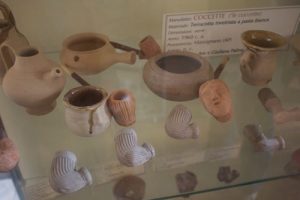 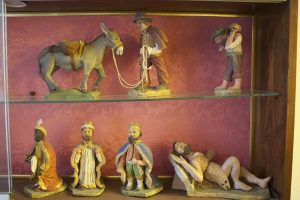 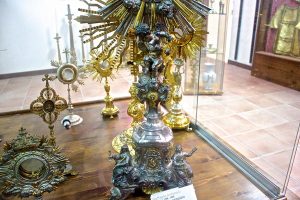 We suggest you to get lost in the cobbled alleys of Massignano in search of noble palaces:

Among the events, organized every year in Massignano, we want to remember the “Christmas Concert”; The “Exhibition of Tobacco Pipe and Whistles” in June; “Pizza and Beer at Sea” the first week of July; the “Medieval Festival” the first Sunday in August; the famous “Festival of Frittelle” the 14 August; the “Threshing Festival and Fair of Villa Santi”, the last Sunday of August and the “Procession of the Madonna del Soccorso” on the second Sunday of September.

Massignano is a town that offers a good food shopping experience despite the dimension of the town. You can find:

Talking about food, it is not possible not to mention the great opportunity to taste the local cuisine with recipes of meat or fish or pizza in good Restaurants all of affordable price range. 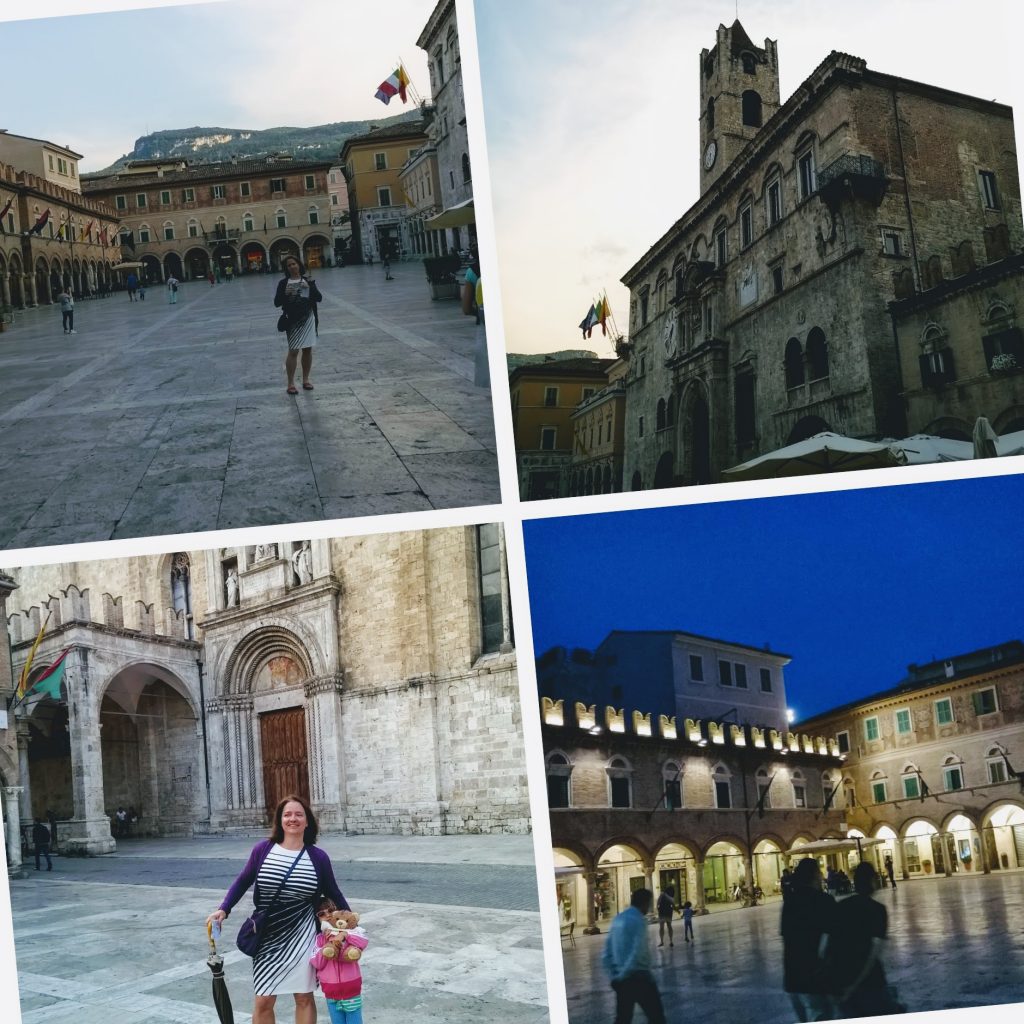 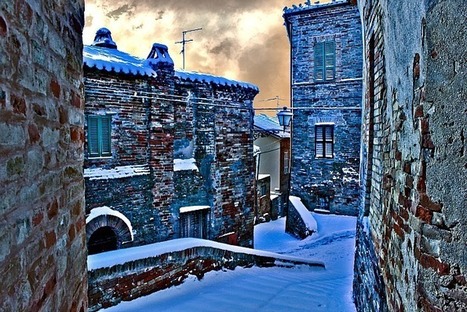 This website uses cookies to improve your experience while you navigate through the website. Out of these, the cookies that are categorized as necessary are stored on your browser as they are essential for the working of basic functionalities of the website. We also use third-party cookies that help us analyze and understand how you use this website. These cookies will be stored in your browser only with your consent. You also have the option to opt-out of these cookies. But opting out of some of these cookies may affect your browsing experience.
Necessary Altijd ingeschakeld

Any cookies that may not be particularly necessary for the website to function and is used specifically to collect user personal data via analytics, ads, other embedded contents are termed as non-necessary cookies. It is mandatory to procure user consent prior to running these cookies on your website.