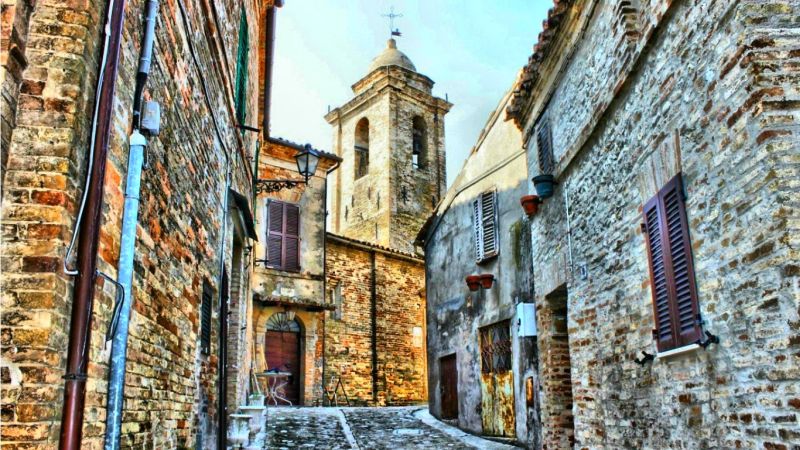 Carassai in the Piceno Area of Le March – Part I

The first unmissable 10 Reasons to Visit Carassai in every season

Carassai is a small Le Marche village that can offer a great tourist experience, unique in all the Piceno area.
The village, with its 1,138 inhabitants (ISTAT 2011), is spread over three hills between the valleys of the river Aso and creek Menocchia, at 365 m of altitude above sea level.

Carassai invites tourists and the vacationer to the pleasure of the “dolce far niente”(sweet doing nothing), to the enjoyment of the expanding time, to the intriguing awesomeness of the ancient time and to the ever-changing spectacle that nature offers us. To rediscover the fullness of small gestures, and the flavors of the cuisine than once.
Carassai is a fifteen minute drive from the sandy and golden beaches of the Adriatic, (Riviera delle Palme, San Benedetto Del Tronto, Grottammare), and 20 minutes from the Sibillini National Park.
In less than an hour are the beautiful historic towns of Ascoli Piceno, Fermo and Offida and the Sibillini National Park.

The military walkways , built between the fourteenth and fifteenth centuries, represent the most evocative place of Carassai, they are essentially an underground passage for the troops that took its present form when, in the ‘500, was authorized by the authorities of Fermo to build houses against the city walls. These walkways probably extended along the entire perimeter of the New Castle of Carassai, the citadel is called “Castello Vecchio”, Old Castle” and from the numerous defensive towers, you can still admire, were giving the access to the summit of the crenellated walls.

The Old Castle is the oldest part of Carassai that over time has gone to be the citadel of the New Castle. With a circular plan, this group of houses with walls preserves a unique atmosphere and a perfect setting for holiday tourist stay. Here no cars and the few inhabitants do not find it difficult, in the summer season, to put out the tables for lunch or dinner. The cobbled narrow alleys create many passages in the shade on hot summer days and the thick medieval walls give the rooms a natural protection from the heat. 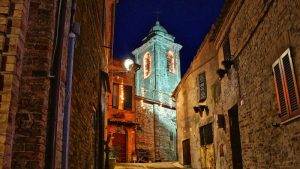 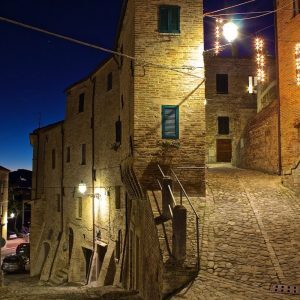 4. The Church of San Lorenzo Martire

Built in 1424, it is located within the Old Castle and represents with its tower bell, the most famous landmark of the village. Inside we could find in the past an early work by Vincenzo Pagani from Monterubbiano (1490-1568) Enthroned Madonna and Child with Saints Lorenzo and Luca, framed against the backdrop of the hills of the Aso Valley and a painting by the art school of Pomarancio, 17th century, exhibited now in the Collegiate Church of Santa Maria del Buon Gesù.

A three-nave church, which in its present form dates back to 1788. The Church was built in the fifteenth century through the influence of the preaching of St. James of the Marches  but was very small. The church is in Renaissance and Baroque style. Inside there is a painting of the crucifixion by Andrea Boscoli (1601) an important florentine painter. There are frescoes on the vaults of the same author and Riccardo Ripanelli; a wooden sculpture of Abruzzese School depicting the Virgin and Child (sec. XV);
a valuable wooden Cantoria with a pipe organ and Chorus in walnut; the baptismal font in wood, semi-hexagonal, with carvings of G. Morelli from Montegiorgio and the gilding of Contadini from Macerata (century. XIX). 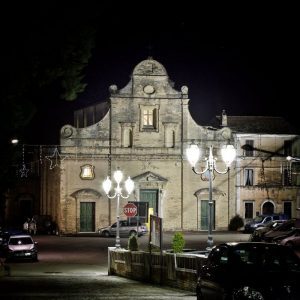 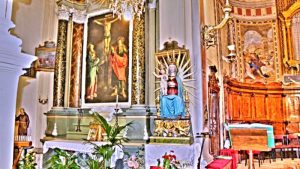 The Public Washtubs are an attraction of the village with great emotional hold on the population, especially the elderly. Made in the early twentieth century with lead decorations, the washtubs are travertine basins where once the women of the village went to wash the clothes and the linen. A type of washing very respectful of the environment as it was made with homemade soap. Women, as some remember, were dressed in black with multilayered skirts, they used to rub the linen vigorously, singing or gossiping. Today the Public Washtubs have been restored.

7. The portal of the palace of Boffo da Massa

According to popular tradition, this is the home of Boffo da Massa, Lord of Carassai between 1382 and 1387. Boffo was a notorious Lord of Fermo, who lived in the fourteenth century. He is remembered as a bold and daring character, often portrayed as arrogant and not prone to the ideals of chivalry. He had nevertheless fame brave man and he certainly was highly regarded by his contemporaries.

It is a small church dated 1699, found in Piazza Matteotti, in late Baroque style. Recently renovated, it has become a small treasure trove of interesting art treasures, paintings and painted wooden boards still awaiting attribution. The church shows at the top of its facade a curious David Star, a six-pointed star probable evidence of a Jewish presence in the village that has in “via Garibaldi” the possible location of his district or ghetto. 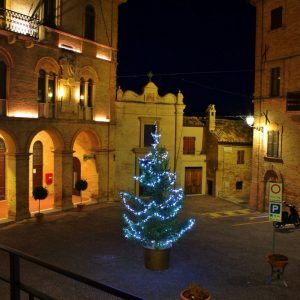 The Fonte of Camporo or Campone, with the small church of the “Madonnetta”, are perhaps the last vestiges of the ancient destroyed Camporo castle, a settlement that existed in 1063, destroyed during the sieges that took place in 1325 and in 1363. It is a public fountain located in the countryside once used to bring water at home.

This museum houses exhibits that were collected through the years, in the municipality. Gravestones and urns bear witness to an important Roman presence as the important noble family of the Gens Flavia. Data sheets in various languages and illustrations make this museum suitable for families oftourists of all nationalities. 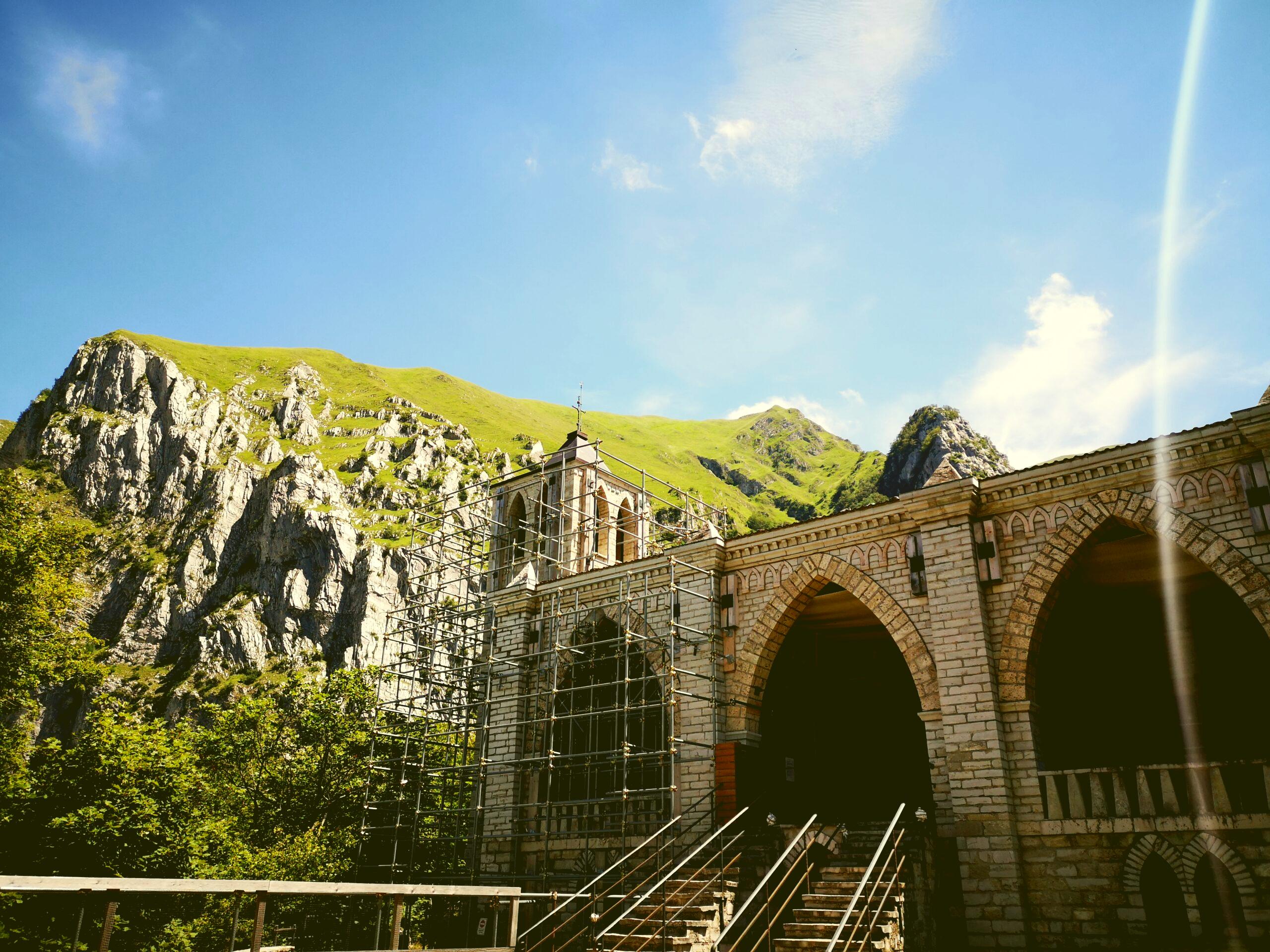 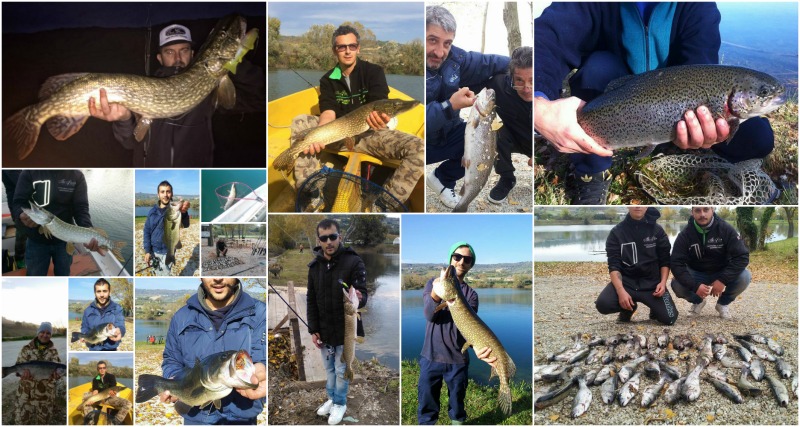 Oasis of peace and nature with a fishing rod 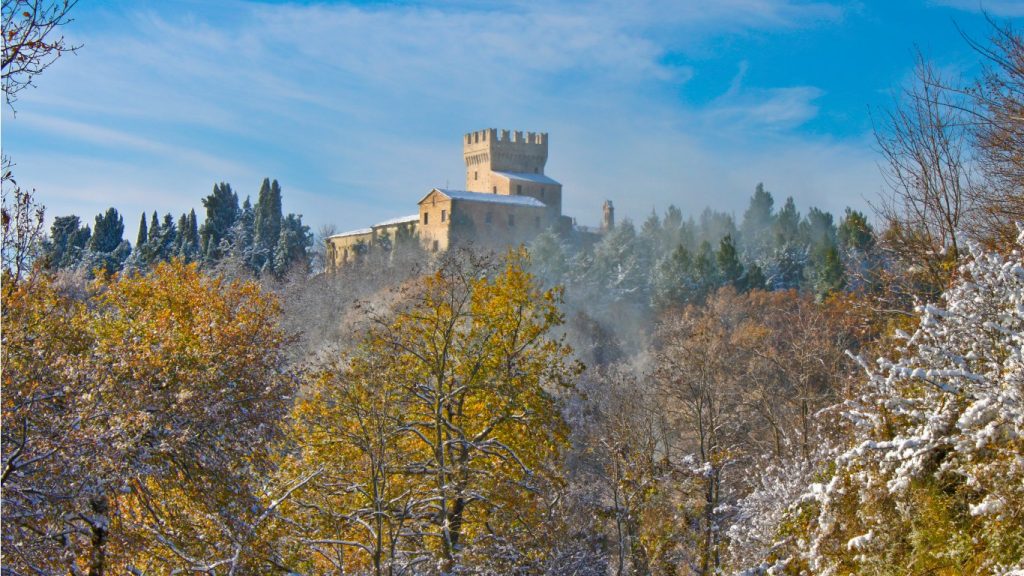 Carassai in the Piceno Area of Le March – Part II